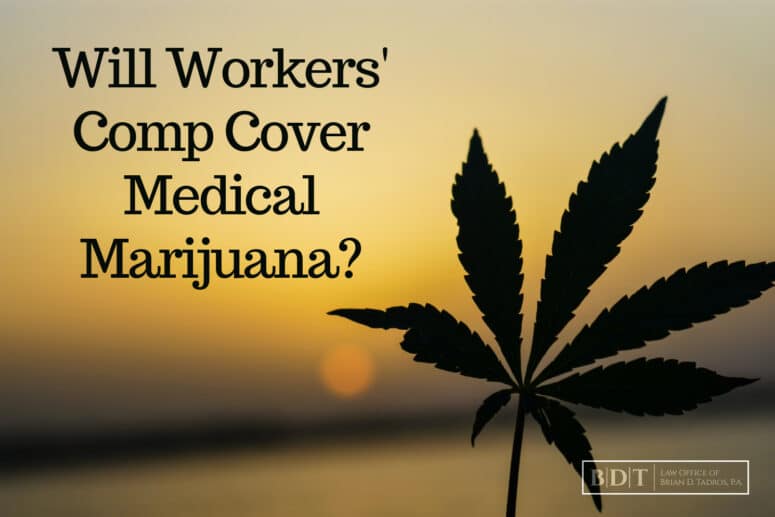 Medical marijuana is legal in Florida…

…but is it covered by workers’ comp?

In 2001, Patrick Shawn Jones was working for Grace Healthcare when he injured his back in a work-related accident. His physician, Dr. Allan Honculada, diagnosed him with chronic pain syndrome and prescribed oral painkillers, which Jones took for more than 15 years.

But in 2017, Jones grew dissatisfied with the side effects of the prescription medications and asked his doctor whether cannabis would be a better alternative.

Dr. Honculada issued a referral to a medical marijuana doctor for an examination. Yet when Jones asked his employer to authorize this referral, his request was denied. A Judge of Compensation Claims (JCC) upheld this decision.

As recently as last week, the First District Court of Appeals reaffirmed the JCC’s decision, preventing Jones from obtaining medical marijuana through his workers’ compensation claim.

For others who suffer chronic pain as a result of a work-related accident, this news may come as a devastating (and surprising) blow. After all, if medical marijuana is legal in Florida, why won’t workers’ comp cover it? 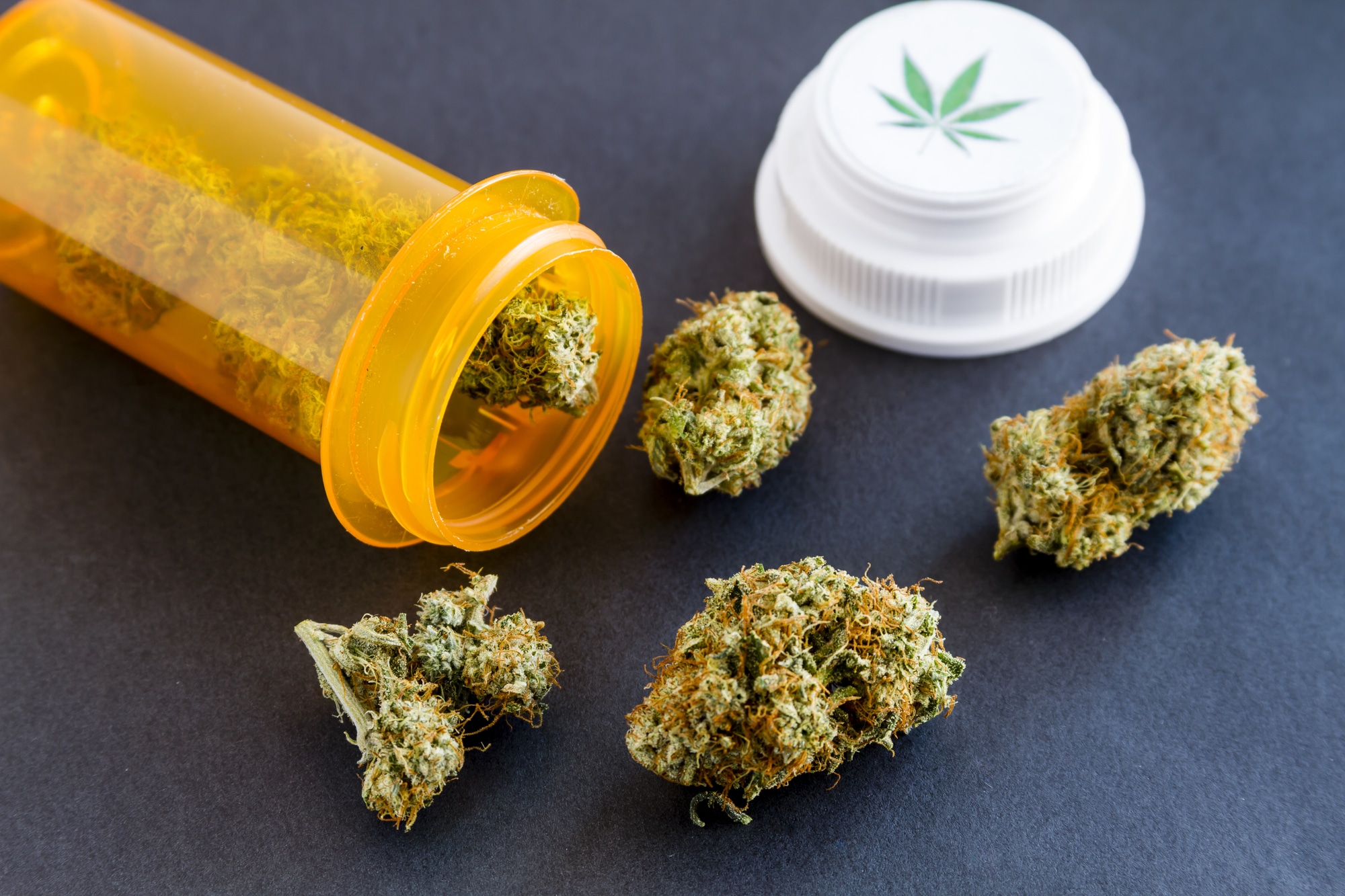 In Jones’ case, the First District Court of Appeals found that Jones was already receiving medically necessary care in the form of the oral painkillers prescribed by Dr. Honculada.

Further, the court emphasized that federal law does not recognize any medical benefits for marijuana and has not legalized its use (any laws allowing marijuana use are at the state level).

While there is no law that specifically forbids marijuana use to be covered under workers’ compensation, this recent ruling will effectively keep medical marijuana out of all Florida workers’ comp claims for the foreseeable future.

What If I Pay Out-Of-Pocket?

If workers’ compensation won’t cover medical marijuana, can you pay for it out-of-pocket?

You can, but you probably shouldn’t.

Under Florida law, injuries that arise from the use of controlled substances, alcohol, and/or narcotics are not considered to be “work related.” If the drug test detects marijuana in your system at the time of the accident, the argument is that your drug use was a major reason for your injury.

Refusing to take a drug test will also likely result in a claim denial, as a refusal is equivalent to a positive drug test.

Notably, this concern is only an issue at the beginning of your case, as the purpose of the drug test is to determine whether you had drugs in your system at the time of the accident.

That said, if your authorized treating physician orders a drug test to determine whether you are being compliant with the use of prescribed medication and you test positive for marijuana, the doctor may determine that he is not going to prescribe medication for you. This will not only affect your ability to recover from your injuries, but reduces what the insurance company has to pay for, ultimately lowering the value of your case from a settlement standpoint. 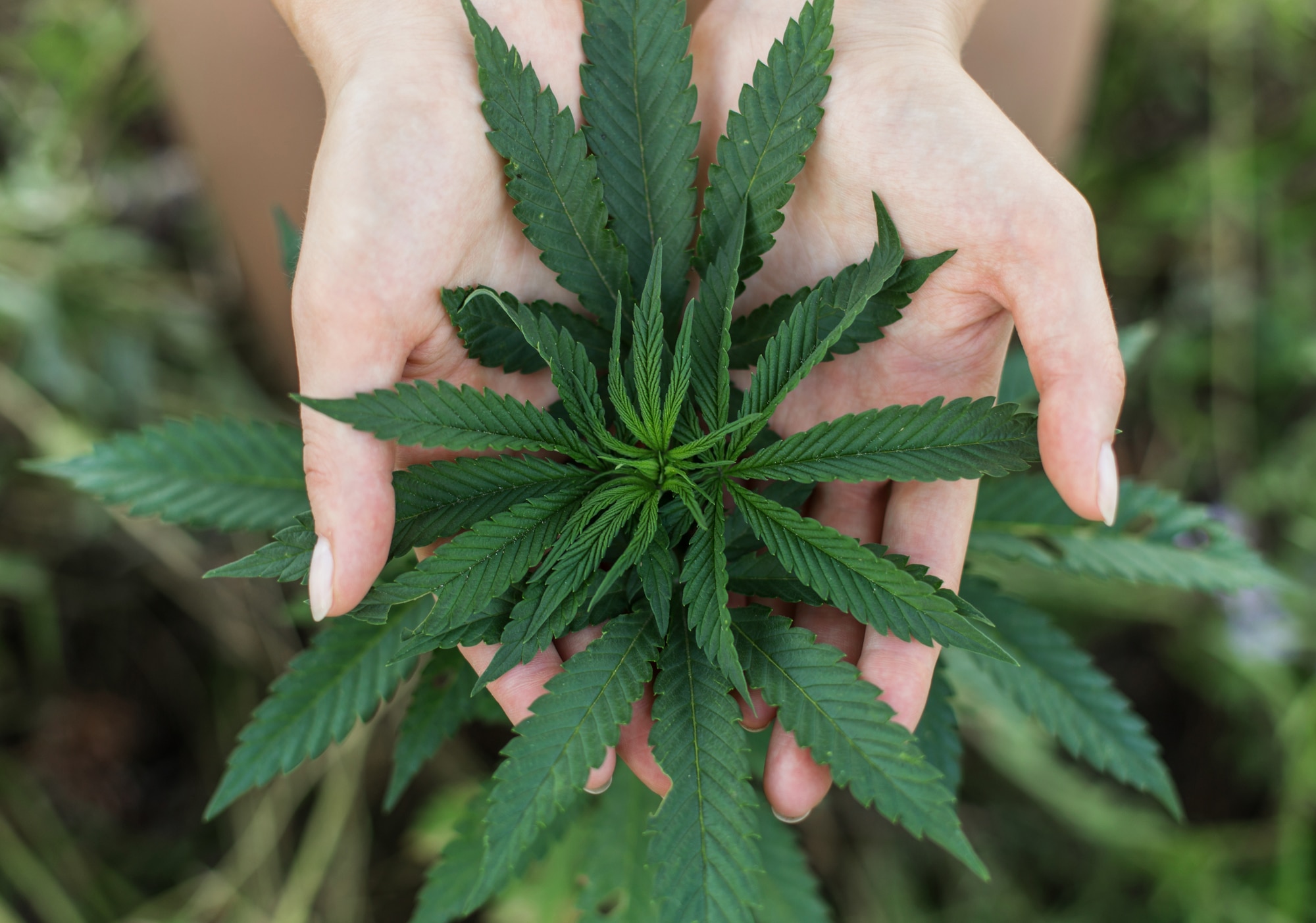 Can I Get Fired For Marijuana Use?

“Fine. I’ll pay for medical marijuana out-of-pocket, and I won’t start until after I’ve passed my drug test.”

This is a dangerous line of thought, as your employer can still terminate you if you fail a drug test.

Being injured at work and having a workers’ compensation claim does not protect you from any drug testing your employer is entitled to under Florida law. Marijuana use doesn’t fall under any protected class, so your employer doesn’t have to show you any mercy in this regard.

In fact, many employers get discounts on workers compensation premiums if they adopt a drug-free policy. In this case, yes, there is a chance that you could be terminated for marijuana use, even if you are using it for medical purposes with a doctor’s prescription.

This is more of an employment law issue than a workers’ compensation issue and I recommend you speak to an employment attorney if you have specific questions or concerns regarding whether use of medical marijuana can result in you losing your job.

When it comes to treating your workplace injury with medical marijuana, your best bet is to steer clear.

As of right now (August 2021), legal medical marijuana is a fairly recent concept. Perhaps in time, workers’ comp claims will reflect a growing acceptance of marijuana, but until then, it’s in your best interest to follow the approved treatment guidelines.

If you are adamant that medical marijuana is the best treatment option available to you, feel free to pursue it. But understand that you may lose your workers’ comp benefits as a result.

Alternatively, some injured workers that want to use medical marijuana rather than more “traditional” medical treatment options are settling their cases and then using their net settlement proceeds to pay for medical marijuana.

In fact, gaining control over your future treatment is one of the main reasons that injured workers decide to settle their cases.

In the current legal landscape, rulings about workers’ compensation tend to skew in favor of employers and insurance companies. But injured workers have rights, too. If you have questions about your case or you’re experiencing obstacles to getting the care you need, a workers’ compensation attorney can help.