What Is (& Isn’t) a Work Related Injury?

Here’s what is (and isn’t) considered a work related injury.

According to the Occupational Safety and Health Administration (OSHA), an injury can be considered work related “if an event or exposure in the work environment either caused or contributed to the resulting condition or significantly aggravated a pre-existing injury or illness.”

Sounds pretty straightforward, right? However, multiple occasions can arise that muddy the waters when it comes to defining the terms “work environment” or “work related injury.” Yet nailing down these definitions is at the very heart of the workers’ compensation program.

Every day in my office, I hear stories about workplace accidents and injuries that aren’t so cut-and-dry. But just because a case is complex doesn’t mean you’re not entitled to benefits (or representation).

In this article, we’ll go over what is—and isn’t—considered a work related injury.

What If the Injury Was My Fault?

Florida takes a “no fault” approach to workers’ comp. This means that neither the injured employee nor their employer needs to prove that anyone was to blame in order for workers’ comp benefits to be awarded.

This approach allows the workers’ comp process to flow much more quickly and smoothly than it would otherwise and lets injured employees receive the medical treatment and lost wage replacement they need to recuperate from their injuries. 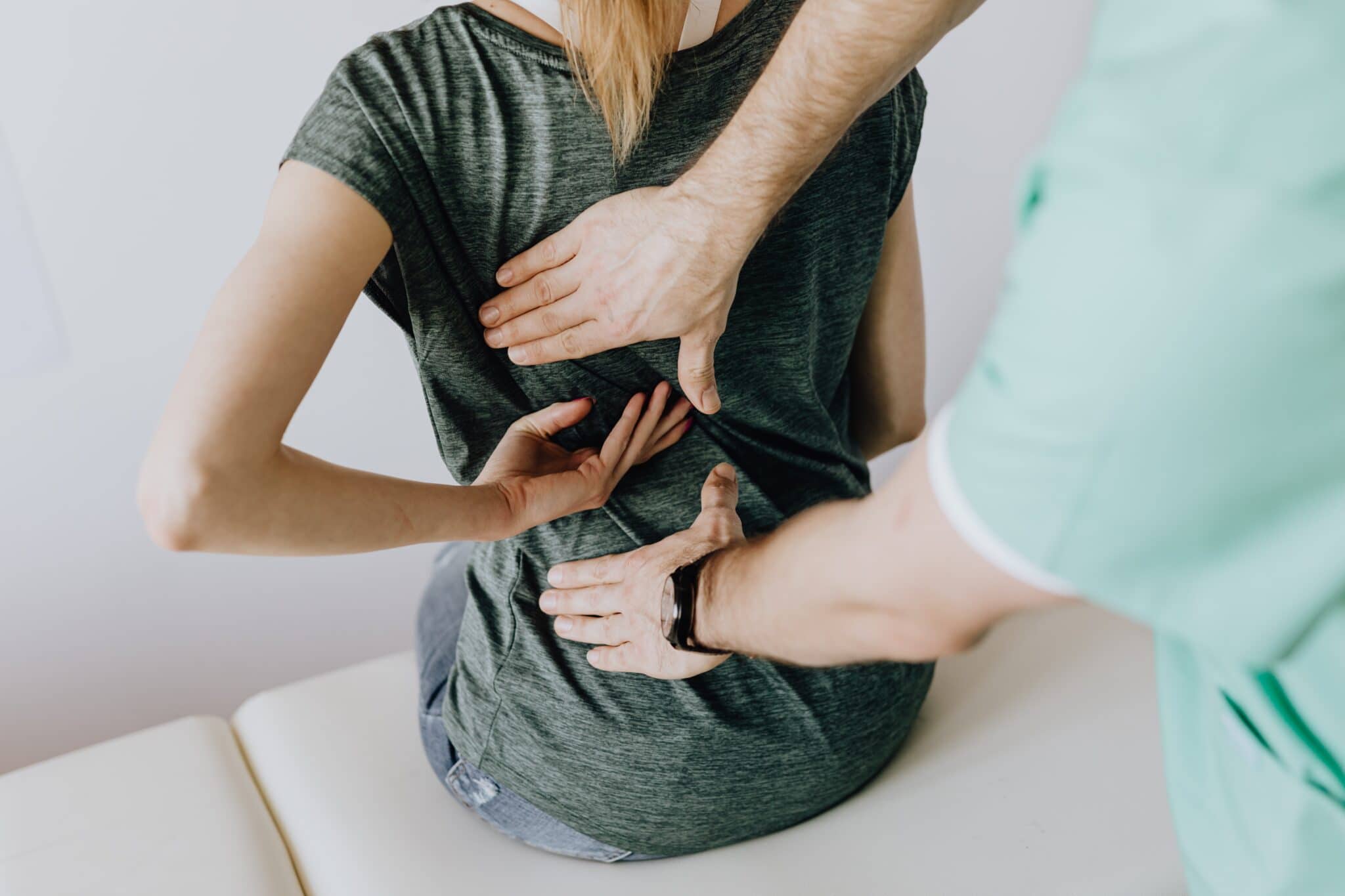 However, there are a few exceptions to this rule.

If you intentionally caused your injury or were the aggressor in a fight, you are not entitled to workers’ comp benefits. Workers’ compensation is designed to provide treatment for workplace accidents and neither of these circumstances could be appropriately termed an accident.

It’s worth noting that you still have to prove that the accident was greater than 50% the cause of your injury, need for medical treatment, and resulting disability.

What If I Was Negligent?

What if, on the other hand, you did not intend to cause an injury but didn’t take any steps to prevent an injury either?
Employees who willfully and knowingly refuse to use a safety device or follow a safety rule will still receive full medical benefits. However, their lost wage compensation will be reduced by 25%. (FL Statute 440.09 [5])

This same rule does not apply if an employee is intoxicated, however. Any employee who becomes injured while under the influence of illegal drugs and/or alcohol is not entitled to any workers’ comp benefits.

What If I Was Injured On a Break?

Accidents that occur on a break (such as lunch or a 15-minute break) are considered work related injuries as long as you remain on the property. If you leave the building for your break, you will not be entitled to workers’ compensation, unless you were working (i.e. picking up donuts for a meeting). 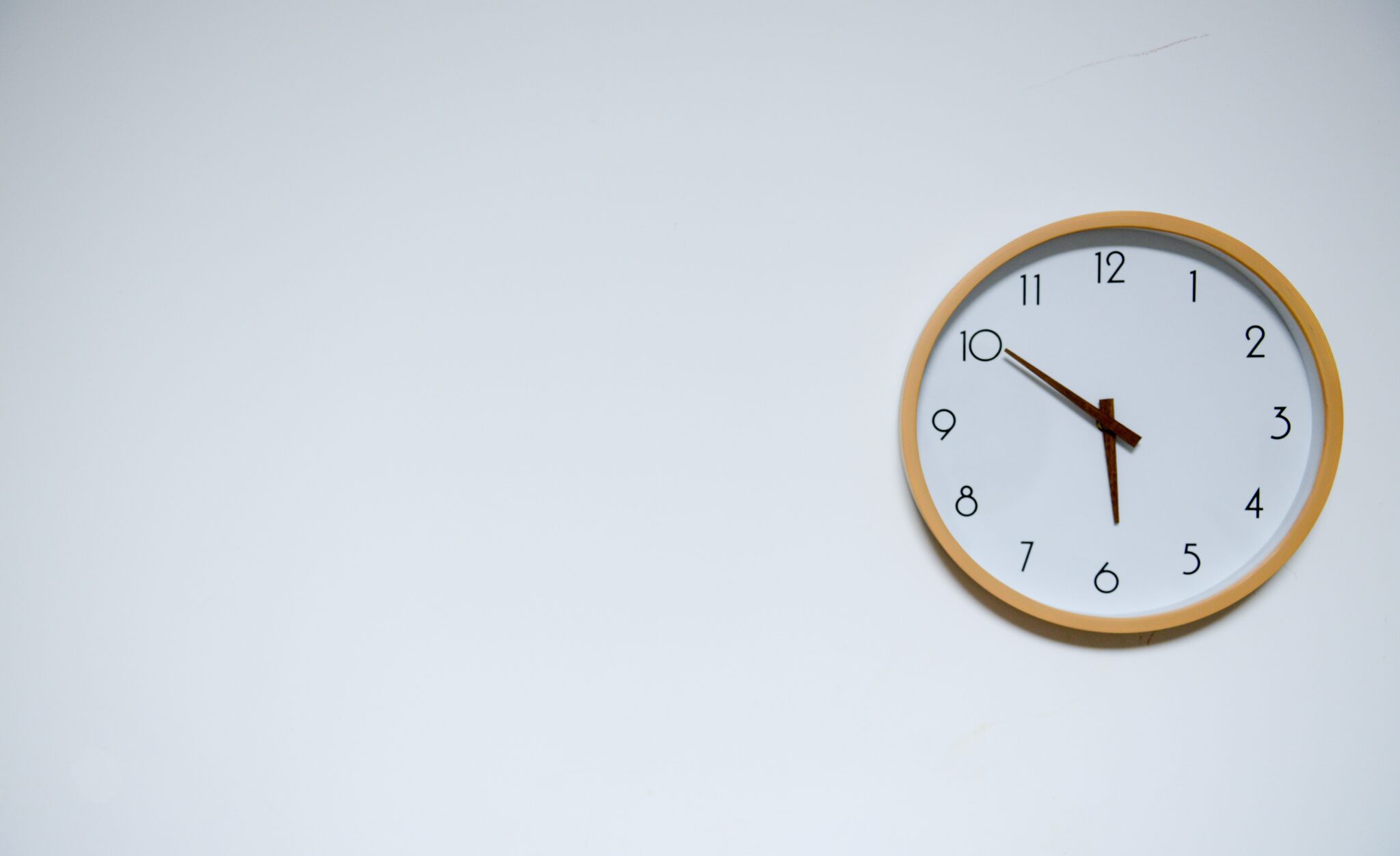 This also applies to injuries that occur while you’re clocked out but still on property.

This is generally referred to as the personal comfort doctrine. There is an exception to this rule though. That exception occurs where there has been a “substantial deviation” from job duties. In such circumstances, you may not be considered to be in the course and scope of your employment at the time of injury.

What If I Was Injured as a Customer?

Not every place of business is “customer facing” but for those that are, it can muddy the waters a bit if you’re injured as a customer rather than an employee.

Say you work at Disney and come in on your day off. While getting onto the Space Mountain ride, you trip and sprain your ankle.

If you had been on the clock and performing your regular work duties, this would be considered a work related injury. However, since you were visiting Disney as a guest, workers’ comp benefits would not apply. 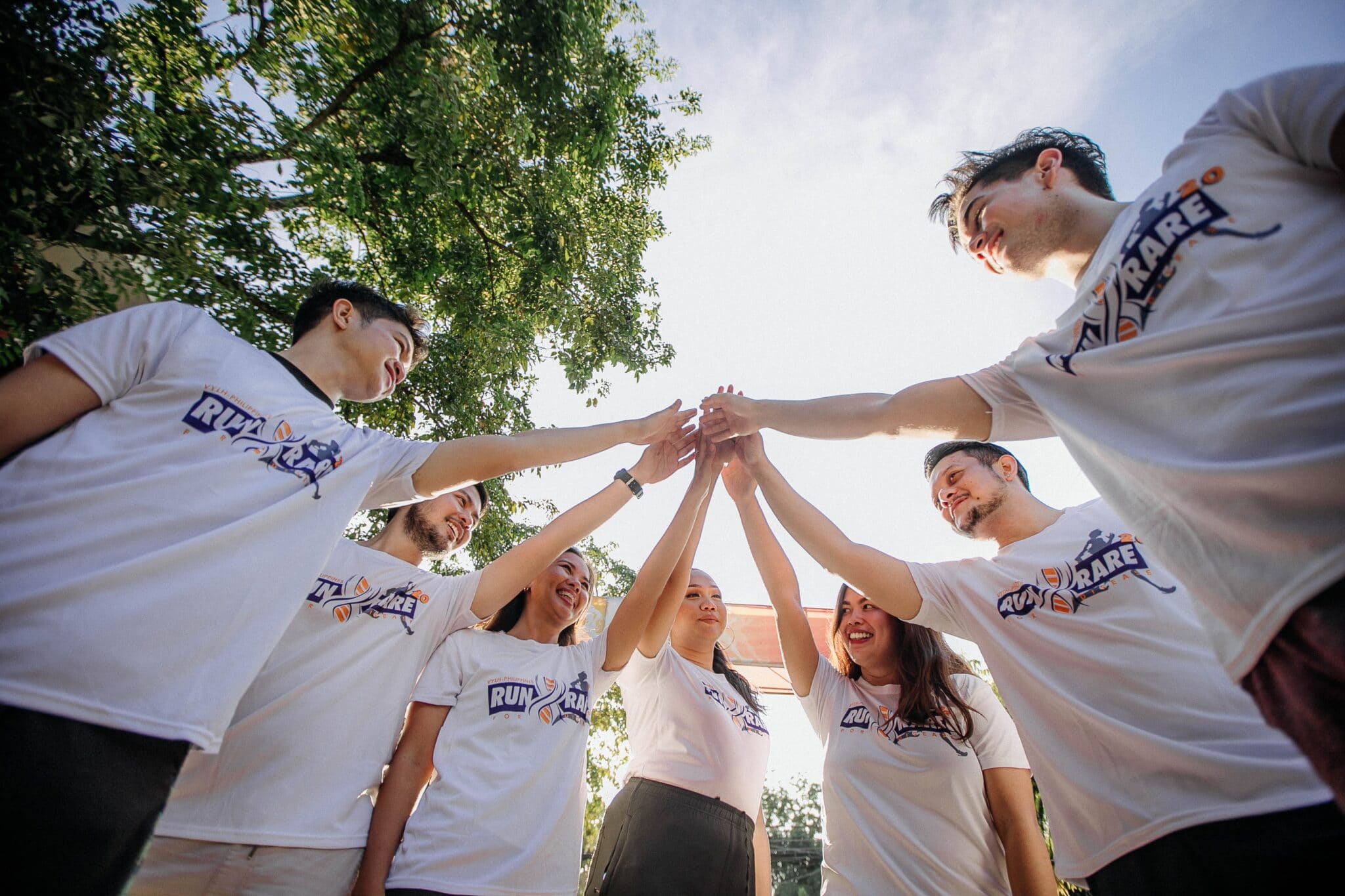 What If the Injury Occurred at a Work Event?

For the most part, work events such as team building activities, recreational events, blood drives, and wellness programs are not considered to be “work environments” and any injuries that occur during these events are not considered work related injuries.

There are occasions, however, when exceptions can be made:

Events such as bowling nights are voluntary and purely for entertainment, so any injuries that may occur would not be entitled to workers’ comp.

What If I Was Injured During My Commute?

Generally speaking, injuries that occur on your way to and from work are not considered work related injuries. If you are in an auto accident on your way into the office, you will need to go through your auto insurance company to pay for any resulting medical bills.

When in doubt, contact us for a free consultation.

What If My Injuries are Psychological?

A mental or nervous condition due to stress, fright, or excitement only is not something that you are entitled to workers’ comp benefits for under Florida law. The same is also true of “pain and suffering,” which are difficult to quantify and thus not compensable by your employer’s insurance company.

As an example, if you were pistol whipped and tied up while your employer was robbed, both your physical and mental injuries would be covered. 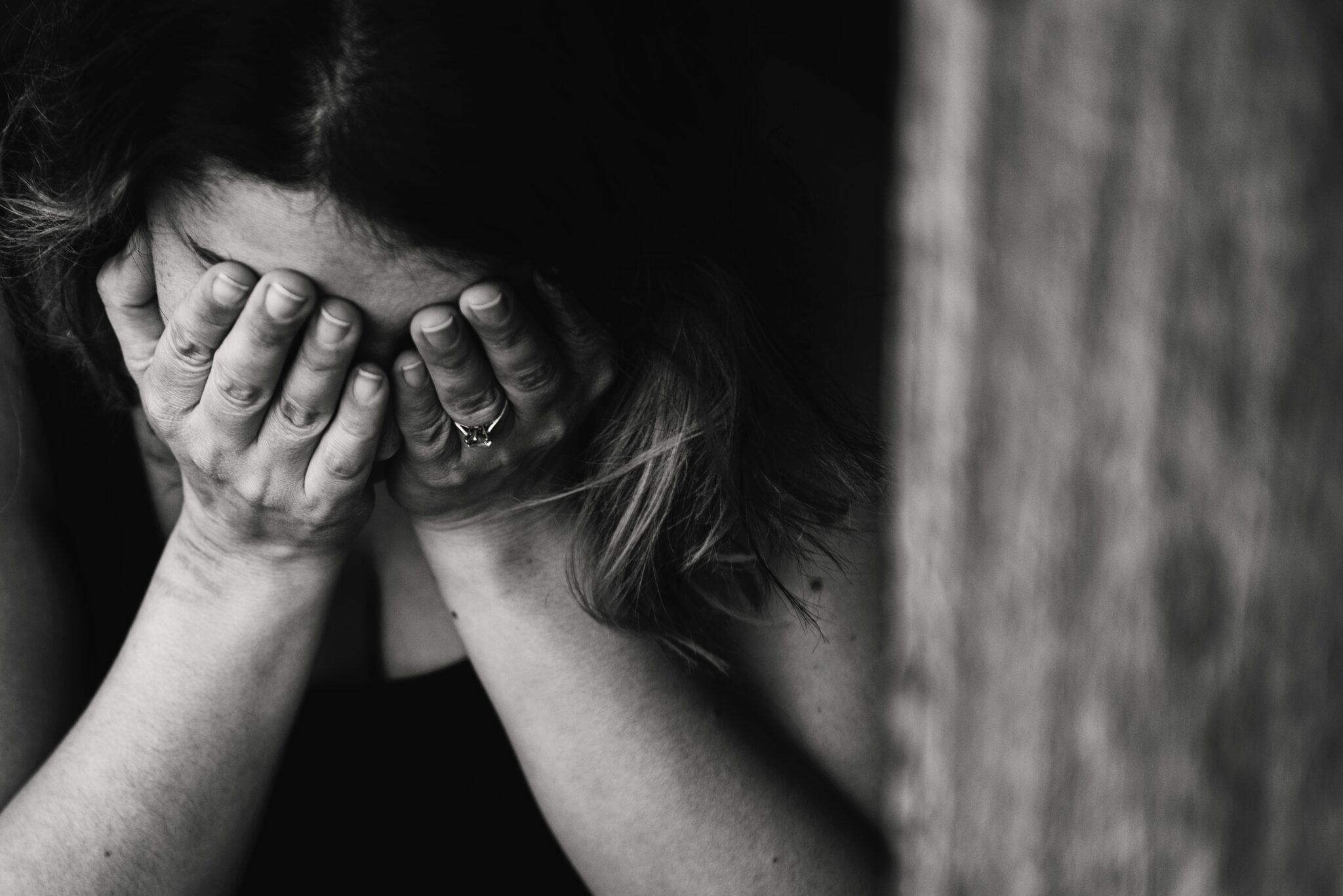 This must be shown by clear and convincing evidence. To be covered by workers’ comp, a mental condition under this scenario must be the direct and immediate result of an industrial injury and the compensable physical injury must be the major contributing cause of the mental condition.

A prime example of this would be a situation where an injured worker’s accepted physical injuries result in such significant physical limitations that the injured worker develops depression because of the significant ongoing pain and inability to function. Of course, this would have to be established through admissible medical opinions.

Note that pursuant to Section 440.093, “Compensation is not payable for the mental, psychological, or emotional injury arising out of depression from being out of work or losing employment opportunities, resulting from a pre-existing mental, psychological, or emotional condition or due to pain or other subjective complaints that cannot be substantiated by objective, relevant medical findings.”

If you are unsure whether you have a work related injury or not, you’re not alone and you don’t have to take on your workers’ comp claim alone.

At The Law Office of Brian D. Tadros, we only practice workers’ compensation law and we devote ourselves to educating our clients and advocating for them so that each one gets the attention and guidance they need. We also make sure that your employer was doing all that they could to prevent a workplace injury.

Schedule a free consultation to have your questions answered.